With just 4 teams remaining in the race to win the most prestigious tournament in world football, excitement is more than ever. 4 matches played within the next five days will decide the fate of our semi-finalists.  No european team has ever won a FIFA world cup under the South American sun. Climate conditions in Brazil were believed to be un-favorable for European teams, perhaps why teams like England, Spain and Italy couldn’t make it through to the round of 16.

One European side that has lived up to the expectations of its fans has been Germany. They have had a defeat-less run at this year’s World Cup, and are set to play hosts – Brazil tonight. How has the team managed to beat the odds at Brazil? Is it their World-Class squad or Joachim Low’s brilliance? Or perhaps the Germans have a new secret weapon altogether..

The CoolingGlove, an $1,800 (£1,050) mitt designed by Stanford University scientists that pumps iced water around the hand, is donned by players in the dressing room at half-time, immediately reducing their temperatures. The German team has been using this technology for the last 18 months now. 20 units of such Cooling Gloves are available at the German dressing room for the players to use before or in-between the match. 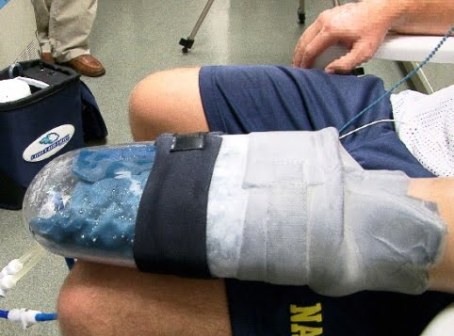 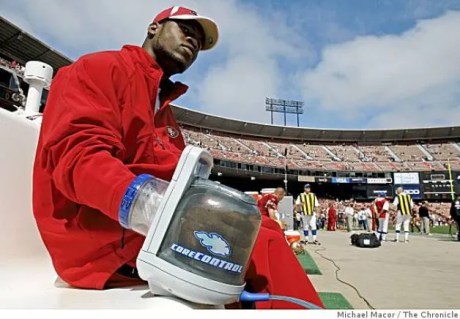 Players use CoolingGloves during breaks to re-energize.

Not only does the Cooling Glove help cool the player’s body but it also helps re-energize and guard against cramps and spasms. Players lose as much as 5 KGs of weight playing under hot-humid conditions. CoolingGlove helps extract heat from a player’s body thereby reducing weight loss by water. The It does not surprise experts to learn that that the top 5 players with maximum distances covered in German matches have all been from Germany!

References: The Telegraph- FA Acknowledging the role of Futsal