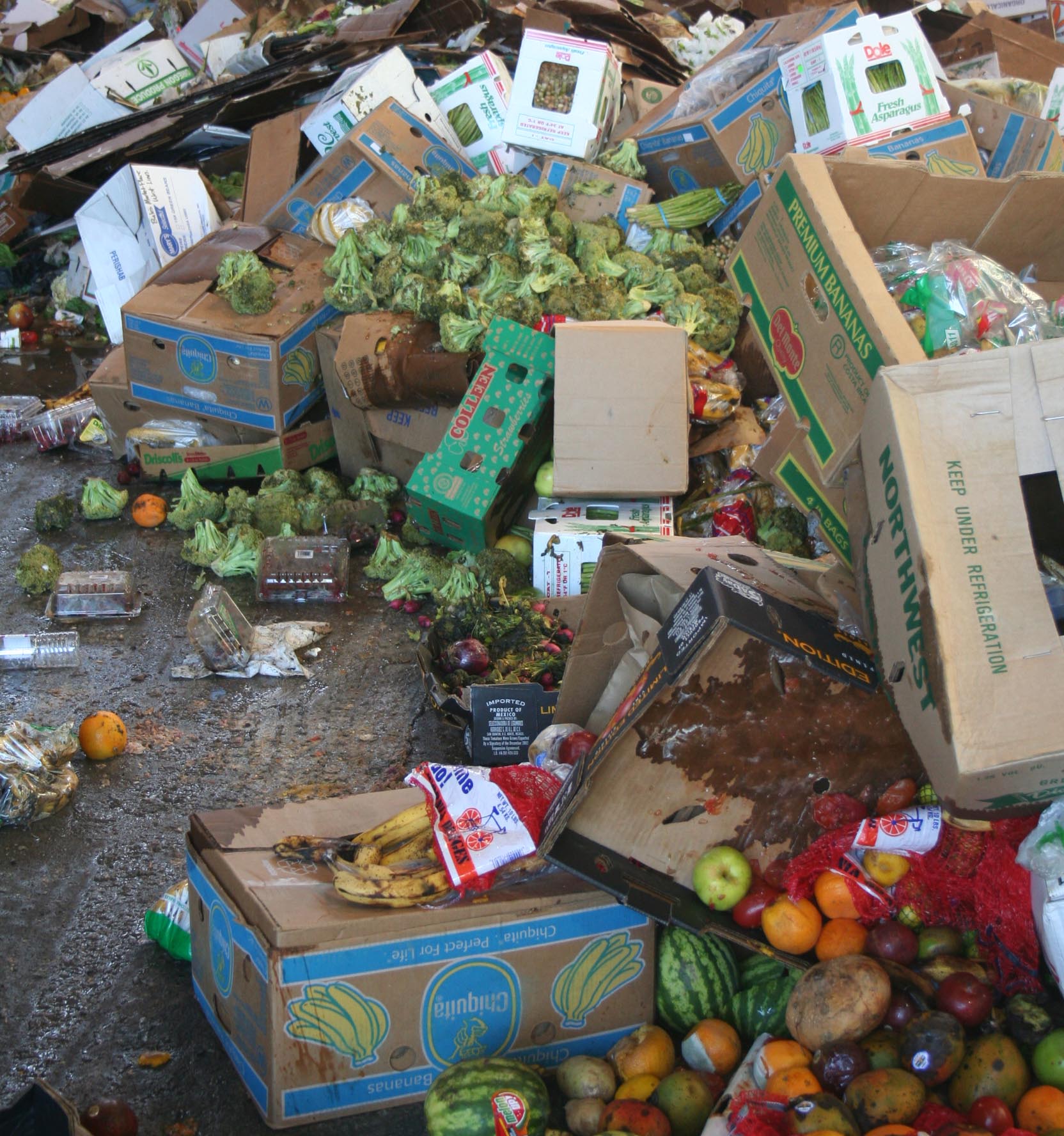 Roughly a third of the food produced in the world for human consumption every year — approximately 1.3 billion tonnes — gets lost or wasted. That’s enough food to lift the nearly one billion hungry people of the world out of malnourishment!

According to the infographic below, Industrialized Asia accounts for almost 28 per cent of the total food wasted across the world. Followed by developing South and South East Asia with 23 per cent and the more developed countries of US (14 per cent) and Europe (14 per cent) among others. 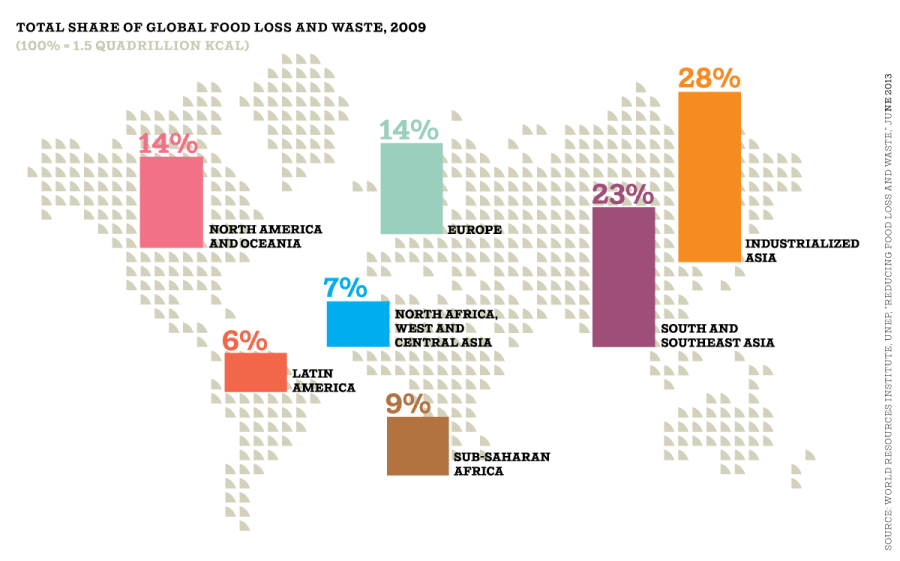 The above infographic is particularly startling as a higher number of undernourished people in the world can be found in developing countries of Asia and Africa – places where food is wasted the most. The Global Hunger Index below highlights the severity of hunger across the world. However, every year, consumers in industrialized countries waste almost as much food (222 million tonnes) as the entire net food production of sub-Saharan Africa (230 million tonnes).

Eighteen per cent of India’s fruit and vegetable production – valued at Rs 13,300 crore – is wasted annually, according to data from the Central Institute of Post-Harvest Engineering and Technology (CIPHET). Two of the biggest contributors to food losses are the lack of refrigerated transport and the lack of high quality cold storage facilities for food manufacturers and food sellers. Studies have pegged the value of India’s fruits, vegetables and grains wastage at Rs 44,000 crore annually.

The causes of food losses and waste in low-income countries are mainly connected to financial, managerial and technical limitations in harvesting techniques, storage and cooling facilities in difficult climatic conditions, infrastructure, packaging and marketing systems. Given that many smallholder farmers in developing countries live on the margins of food insecurity, a reduction in food losses could have an immediate and significant impact on their livelihoods. The chart below illustrates the share of food wasted by various entities. Largest amount of food is wasted at residential areas (30 per cent) and restaurants (28 per cent). In UK’s restaurants and retail outlets, An estimated 20 to 40% fruit and vegetables are rejected even before they reach the shops – mostly because they do not match the supermarkets’ excessively strict ‘cosmetic standards’. 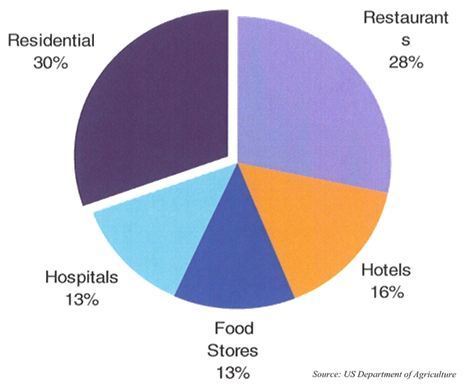 Food is largely wasted at various stages of the supply chain. Up to half the entire food supply is wasted between the farm and the fork. That’s an alarmingly high figure. The impact of food waste is not just financial. Environmentally, food waste leads to wasteful use of chemicals such as fertilizers and pesticides; more fuel used for transportation; and more rotting food, creating more methane – one of the most harmful greenhouse gases that contributes to climate change. The vast amount of food going to landfills makes a significant contribution to global warming.

An innovative, New York-based start up, PareUp, has recognized the logistical restraints non-profits working on reducing food wastage have. Hence they’ve planned to release an app that notifies its user about nearby restaurants and hotels where food is in excess and available at a discount. This start up aims to make the term ‘Leftovers’ redundant, thereby actively involving users to reduce food wastage.

Cold chain can play a huge role in reducing food wastage. With improvements to its cold chain infrastructure, from farm harvest to table, India’s food problems can reduce.

A third of the world’s entire food supply could be saved by reducing food waste – enough to feed 3 billion people; and this would still leave enough surplus for countries to provide their populations with 130 per cent of their nutritional requirements.

Good Food is a Terrible Thing to Waste.